Supporting people in need since 1718

The Almshouse Association provides advice and support to the 1,750 separate almshouse charities that form its membership.

A fund is available for assistance with the cost of education of children and young people who are of Huguenot descent and in financial need.

Assists young people, usually in secondary or higher education, but applications for younger children can be considered. Hardship cases are also considered under a separate section.

Half of the income of the charity is used to help the education and training of Norwich people. Priority is given to those who can trace descent from Huguenot families, and then to those whose education or training is threatened by financial difficulty.

This society, in Charleston, South Carolina, maintains a close link with The French Hospital and the Huguenot Society of Great Britain and Ireland, also founded in 1885.

The Huguenot Society of Great Britain and Ireland

In 1885 The Huguenot Society of London, now of Great Britain and Ireland, was formed by the directors of The French Hospital to promote the publication and interchange of knowledge about the Huguenots in Great Britain and Ireland, in France and worldwide, as with the passage of time, a good deal of this history was unknown to many Huguenot descendants. The French Hospital directors also aimed to form a bond of fellowship among those who, whether or not of Huguenot descent, respect and admire the Huguenots and seek to perpetuate their memory

The City of Rochester Society was founded in 1967 to help conserve the historic City as a pleasant place to visit.

The Medway website contains information about the Cathedral, Castle, Dickens Centre and other interesting sites and festivals in and around Rochester and neighbouring Chatham.

Medway Council's award-winning Visitor Information Centre in Rochester is the ideal first port of call for visitors to the area. Whether you are planning a day trip or short-break in Medway, a warm welcome awaits you.
Email: visitor.centre@medway.gov.uk
Tel: 01634 338141

The French Hospital celebrates its anniversary annually on a Saturday in June with Evensong in Rochester Cathedral, founded in A.D. 604, the second oldest in England. Directors, residents, Friends and their guests attend, and enjoy a strawberry tea in the crypt after the service.

If you are part of an organisation that shares our interests and would like to exchange a link with us please get in touch.
Get in touch
Living at The French Hospital feels safe and secure and there’s always someone around to help you if you need anything.
ResidentFrench Hospital 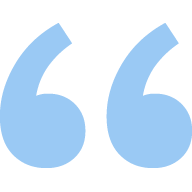 I really look forward to the weekly exercise class – it has really helped to build up my strength and I can now do the class without my walker. Not only do I feel better but it is good fun too.
JeanneResident

I’m proud to live in such a beautiful place, with easy access to essential shops along the Rochester High Street.
ResidentFrench Hospital

There are lots of activities and outings here – I enjoy our walking tours.
JanResident

Our popup announcer contains updates and important information relating to the French Hospital. Click the bell icon regularly to check for new updates.

We're looking for a Volunteer Keyboard player for our weekly Communion services 🎵🎹 to accompany hymns for a small congregation each Wednesday morning (Common Room chapel, Rochester). Just 1hr each week, please get in touch:clerk@frenchhospital.org.uk or call 01634 843107. 🙏